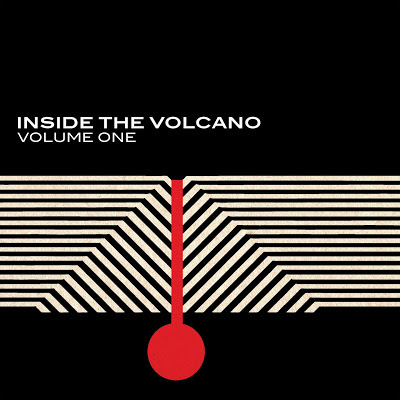 Posted by Equitant at 7:46 AM No comments: 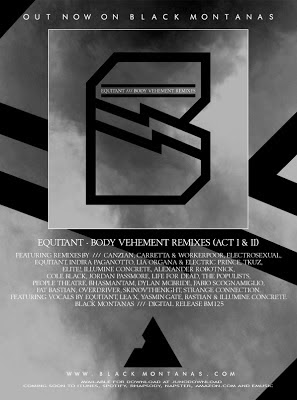 Posted by Equitant at 7:04 PM No comments:

If you’re someone who’s looking for a new soundtrack to play master and servant with, look no further than Equitant’s Body Vehement. Although this seven track EP is lyrically simplistic and musically repetitive, it creates a dark and looming atmosphere great for dancing or for dirty deeds. Aside from the audio sexuality embodied on Body Vehement, it appears as if Equitant has added yet another way to express emotion through its music. Returning to lend vocals on this EP are Lea X, Yasmin Gate, and Bastian – all have worked with Equitant in the past and continue to lend creative and new ways to enhance the music. Without the alluring and seductive vocals, Body Vehement would be rather stale.

The EP opens with the title track and draws you in with rapid synths and strong yet whispery vocals. There’s a gloomy undertone that runs the entire duration of the track, giving chills to the listener. The sexual yet sensual lyrics mesh well with the darkness of the track. If you’ve heard Equitant before, you’re no stranger to Yasmin Gate, the vocalist on “Let Me Be On.” In 2009, Gate and Equitant created a massive dance floor hit called “That’s All.” In 2012, they’ve created a more subtle yet grooving tune. Much like “Body Vehement,” the vocals are whispery and the music is repetitive, but in all the right ways. This track is a must for fetish ball set lists. The two versions of “Dynamique” are the same song, but dramatically different at the same time due to the vocals. When sung by Lea X, the song takes on a more pop/disco feel, but however sounds somehow more mysterious when Bastian is the one singing. Despite the music being identical, the songs sound entirely different due to the mood the singers set. Lea’s vocals are pure and clear and just outright beautiful. Bastian sings in French, which seems to fit the sexual motif Body Vehement produces. “Das Menschliche Rennen” is a German track featuring Illumine Concrete, adding more culture to an already cultured piece of work and gives the entire EP a little more punch. It doesn’t tend to exhume the same sexual nature the rest of Body Vehement does, but it’s the most danceable track on it. The bouncy beats heard during this song resemble those of an old school Nitzer Ebb album – it’s catchy, fun, and will likely get stuck in your head for hours.

Overall, this is a stellar release for only seven songs. A little more variety would have been preferred in place of a couple of the remixes, but that’s really the only complaint here. For its dark, sexual, and danceable beats, this EP is perfect for the bedroom or the underground nightclub.

Posted by Equitant at 5:32 PM No comments: