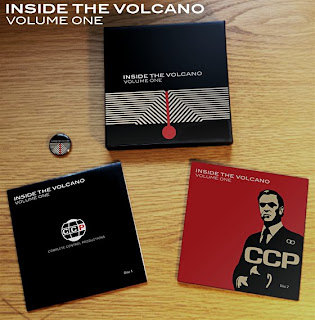 Posted by Equitant at 1:58 PM No comments:

Content: “Body Vehement” was one of my favorite releases of 2012. This new EP is a nice bonus filled with remixes. The typical minimal EBM style of Ray Helfin remains rather intact. Equitant likes remixes and “Body Vehement” –just as most of the Equitant releases, has been exposed to this familiar formula.

We first get 9 remixes of the title song by Equitant and other projects. The remixes are quite recognizable featuring the raw and cold EBM sequences and the danceable rhythmic. I personally like both of the Equitant remixes while the “Lia Organa & Electric Prince Remix” is another attention grabber. It sounds powerful and like a kind of back to the essence of the Equitant sound.

We next get 2 remixes of “Das Menschlichen Rennen”, which remains one of the all time best songs of Equitant. It has a kind of DAF-touch –and not only because of the German lyrics, which sounds absolutely mind-blowing. Elite! made an impressive remix of this song, which sounds 100% EBM.

Last, but not least we also get 4 remixes of the great “Dynamique”. This is just one more master song of Equitant featuring sexy French spoken vocals. The remix by Alexander Robotnick is my favorite one for adding a great technoid element on top of the EBM basis. The remix by Jordan Passmore (featuring Lea X) probably is the most surprising remix for being less Equitant-minded. It’s a kind of groovy adaptation from the original song bringing Equitant into a different light.

Conclusion: I personally prefer the original “Body Vehement”-EP, but this “Remixes”-EP is again featuring several outstanding versions. I don’t know if Equitant still is the best hidden secret in EBM land, but all EBM fans who don’t know this band should be ashamed for their ignorance!