The EBM-Techno engine known as Equitant is powered by Texan Ray Heflin who, after 3 years releases his fifth full-length entitled Body Vehement on Black Montanas. Although three years since the last release, Dynamism in 2009, time has not softened his sound or dulled his production. Instead, Body Vehement sounds like the time has been taken to intensify the sound and the production sounds even sharper.

Equitant lacks 100% of the cheese factor that a lot of the modern EBM has gotten itself wrapped up in. Where most of the modern EBM scene sounds like nothing more than bad progressive trance from the late ’90s with distorted vocals as the cherry precariously perched on top, Equitant (luckily!) sounds nothing like this and missed the bad trance boat by a mile. Instead, Equitant stays relevant by connecting to more underground electro, EBM, and dark techno. Equitant does what it does well like a finely crafted machine that has become perfected by innovation within the structure rather than frivolous trending and prototypical failures. 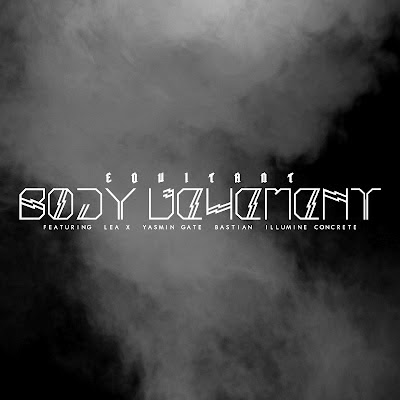