Listen to SOVIET - GHOSTS REMIXED // Including Equitant's remix of "Subdivision" below.

Richly layered synth arrangements, poetic lyrics, sleek, sexy vocals, and a modern beat that hard-synchs with your heart: this is the sound of SOVIET's new album, Ghosts. Both fresh and recognizable, these songs are long-lost gems of a forgotten age, the soundtrack from a misplaced John Hughes film-reel, and more relevant and resonant than anything being made today.

At the helm: Keith Ruggiero, whose song writing skills have matured since his brush with fame in the early 2000s. Having cut his teeth playing alongside electronic acts like Fischerspooner, Stereo Total, and Adult, Ruggiero knows what makes people dance—but he also knows what makes them cry. He’s spent the last 10 years honing his skills as a Hollywood sound designer and composer, and you can hear it in the cinematic soundscapes that litter this album. With the nods to China Crisis, Vangelis, M83, John Maus, Human League, and OMD, this album picks up where the electronic gurus of the last 50 years left off—and takes them one step beyond.

Open your ears, release your mind, and experience what might be the most inspirational release of the year: SOVIET’s, Ghosts. 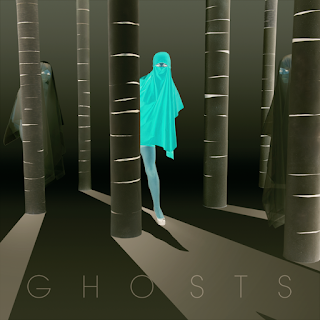