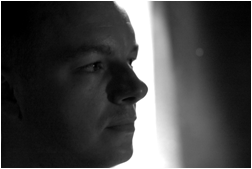 Review by: Nexus 6
Nexus 6 @ myspace
Millimetric @ myspace
Posted by Equitant at 11:16 AM